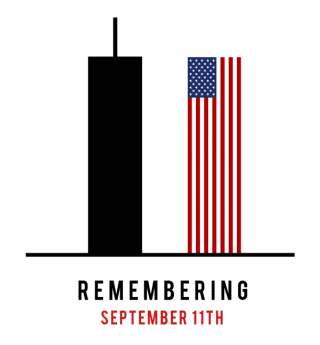 This year marks the 20th anniversary of the 9/11 terrorist attacks. The events of that morning shocked the world and changed the lives of Americans forever. While the events of that day evoke horror and sadness, Americans also remember how our nation came together to fight together against an unknown threat. For many, 9/11 is not just a reminder of pain but also a call to action, to “never forget” and to stand alongside their fellow Americans against terrorism. Of all the symbols to rise to prominence since the attacks two decades ago, none has soared higher than the United States flag. This ubiquitous symbol stands as a rallying point in our lives and in our memories as we approach the 20th anniversary of the attacks.

On September 11th, 2001, 19 members of the Islamic extremist group al Qaeda carried out a devastating terrorist attack on the United States after hijacking four flights (American 11, United 175, American 77, and United 93) with intent to attack major US landmarks. Two of the four planes were flown into the World Trade Center’s twin towers in New York City, while a third plane hit the United States Pentagon outside of Washington, DC. The fourth plane, whose target has never been confirmed, crashed in a field in Shanksville, Pennsylvania, after passengers fought back against the hijackers. In total, nearly 3,000 Americans were killed during the 9/11 terrorist attacks and are honored each year on the anniversary of their deaths.

To mark the 20th anniversary of the September 11th attacks, institutions and groups across the country will be holding a variety of events to remember and pay respect to the victims of 9/11. Television networks such as NBC, CBS, and ABC, will be providing live coverage of memorial ceremonies within New York and across the county on September 11th, 2021. Ceremonies will include the annual reading of the names of the 2983 victims, as well as bell services, light memorials, and 911 flag demonstrations.