Although President Woodrow Wilson didn’t issue a presidential proclamation establishing American Flag Day until May 30, 1916, the first celebration of the U.S. Flag’s birthday was held in 1877 on the 100th anniversary of the Flag Resolution of 1777. 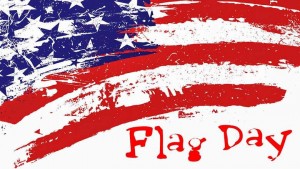 In 1885, it is believed that BJ Cigrand, a Wisconsin school teacher, organized a group of children to observe June 14th as the official adoption of The Stars and Stripes as the Flag’s Birthday. In 1889, George Balch’s efforts, led to the formal observance of ‘Flag Day’ on June 14 by the New York State Board of Education. Various state and local governments adopted June 14th as the date to celebrate the birth of the American Flag over the years. Until President Woodrow Wilson’s proclamation in 1916, Flag Day remained a local holiday. An Act of Congress designated June 14th of each year as National Flag Day on August 3rd, 1949. Although Flag Day is not an official federal holiday, it is at the President’s discretion to officially proclaim the observance.

Today, American Flag Day is celebrated with many flag day activities like parades, essay contests, ceremonies, and picnics sponsored by veterans’ groups, schools, and groups like the National Flag Day foundation whose goal is to preserve the traditions, history, pride, and respect that are due the nation’s symbol, Old Glory.

Fly your flag this June 14th with pride to celebrate the 100th Anniversary of Flag Day.

Do you need a flag to fly on Flag Day?

If you’re interested in purchasing a flag to fly on Flag Day, please visit our pages for American Flags. If you have any other questions about flags, please contact us.