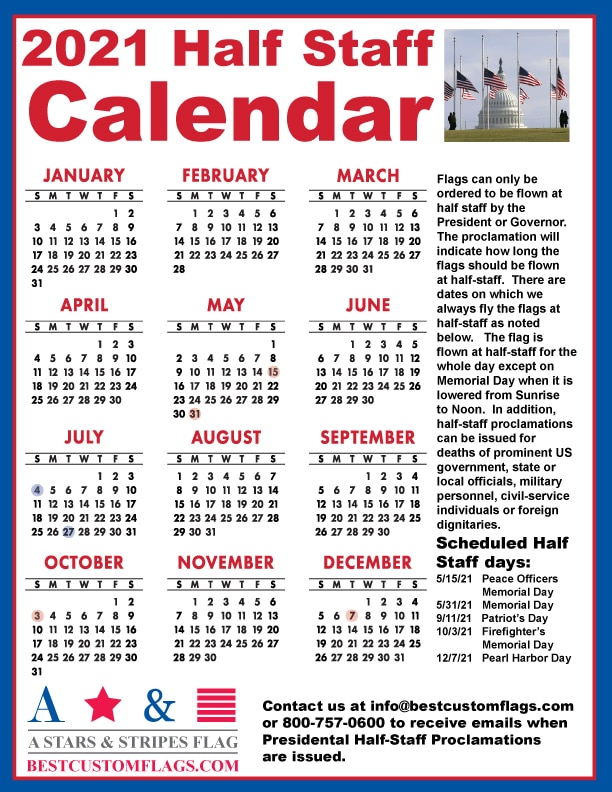 The United States flags is a symbol which Americans pledge their allegiance. It stands for our nation’s commitment to its people, pride, and principles. Properly displaying our flag is a sign of our respect for everything it represents.

The flag can be flown every day, but it is often flown to show patriotism on these days:

How to display the flag:

·       On a flagpole on the side of the house, the blue union should be at the peak of the staff.

·       When the hanging on a wall or against a window, the union should be at the top left corner.

The flag should not touch anything below it or rest on the ground.

Flying your flags at Half-Staff