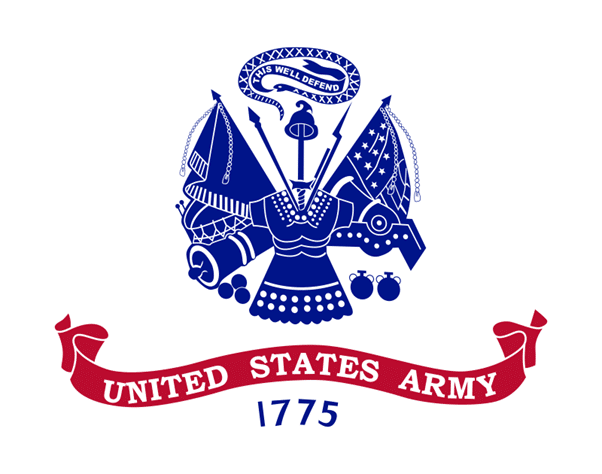 Nothing tops the American flag — literally. If you’re flying multiple United States flags, the country’s official flag should always sit atop your flagpole.

Closely underneath, though, are the proud, striking, and patriotic military flags that honor the men and women who have fought bravely for the United States for hundreds of years. A military flag reflects their dedication, their passion, and their sacrifice.

Military flags in various forms date all the way back to the Bronze Age when flags were used as field signs during battle. They quickly emerged throughout the world, including Asia and Europe. Sometimes they replaced a city or country’s coat of arms as its defining symbol.

During the American Revolutionary War, military flags began to emerge in the fledgling nation. Before the United States became the United States, flags were carried in battle, including the Continental Colors and the iconic Gadsen flag, emblazoned with the famous words “Don’t Tread on Me.”

Various flags were used by the Marines during the early part of the 19th century and taken into battle during the Civil War. After the Civil War, the Marine Corps’ flag looked very similar to the American flag we know today. Now, each branch of the military has its own official flag with unique emblems, colors, and mottos.

The Marines have an interesting history with their flag. Early incarnations included images of an anchor and an eagle with time-specific mottos, such as “To the Shores of Tripoli” in the first have of the 1800s. One post-Civil War flag also included an eagle, 29 stars, and “U.S. Marine Corps” stitched on a red stripe.

The official emblem of the Marines was adopted in 1868 to reflect its service on sea and land, with an eagle and a globe and the motto “Semper Fidelis.” Different regiments had their own flags, such as the USMC Old Blue. Gold and scarlet were chosen for the official Marine Corps colors in 1925 and incorporated into the branch’s current flag design in 1939.

Surprisingly the Army didn’t have a representative flag until the 1950s. The modern flag sports a seal dating to the American Revolution with a rattlesnake atop and some interesting features, including a musket, snare drum, and bombshells. The flag was officially adopted in 1956.

Early naval boats flew the early form of the “Stars and Stripes” proudly, while others sported such emblems as a rattlesnake and pine tree. For 60 years, the Navy used an infantry battalion flag that was blue with a large anchor set in a white diamond.

The official Navy seal was designed in 1957 and incorporated into the official flag in 1959. It’s a dark blue background with a yellow banner under a seal depicting an eagle protecting a ship on calm waters.

The Air Force’s official flag, approved in 1951, closely reflects the department’s official seal. Set on an ultramarine blue, the flag includes the Air Force’s coat of arms and shield surrounded by 13 stars representing the original colonies. Above the shield is an eagle with its arms outstretched to highlight three stars — the Army, Navy, and Air Force. 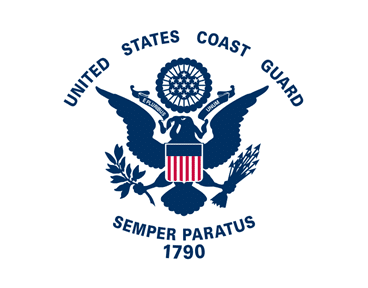 The only branch with two official flags, the Coast Guard first carried a flag in the late 18th century that identified its members as law enforcement officers to enforce trade laws, sporting red and white stripes and an eagle.

Small alterations were made through the 20th century until the present version of the ensign, approved in 1966. The stripes are gone in favor of a striking white background, with a blue great seal of the U.S., and the words “Semper Paratus” and “1790.”